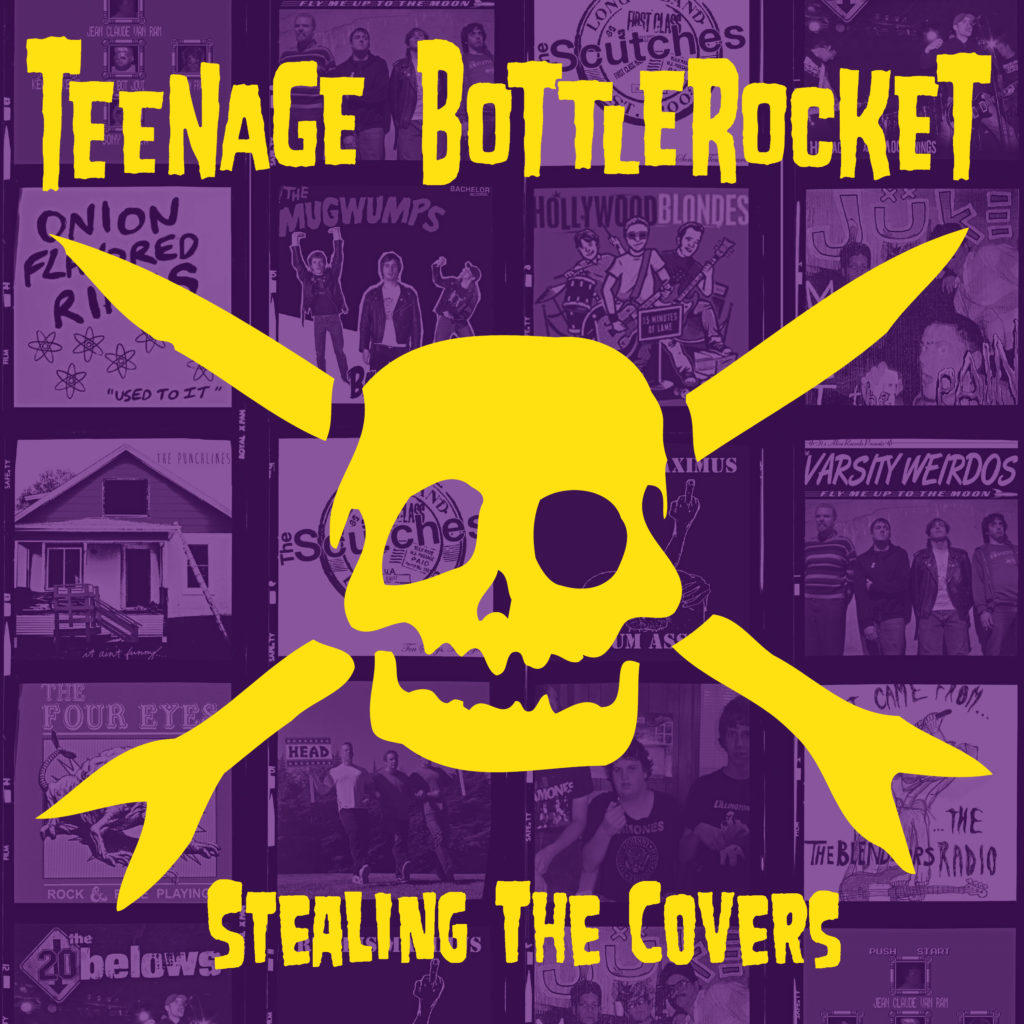 Friends! We are so excited to announce our new record, Stealing the Covers, out July 14th on Fat Wreck Chords!! Head to Fat Wreck for a video, interview and the full scoop on the record! STOKED! 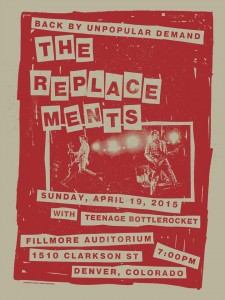 Denver! We are so stoked and honored to announce we are playing with The Replacements April 19th at the Fillmore! Holy shit! Legends! We’ll see you there!

Also “Tales From Wyoming” made it onto the Billboard Charts! The record premiered at #4 on the Heatseekers Chart, #10 Hard Rock Albums and #22 Independent! Thank you so much everyone, it’s our first appearance on Billboard and we couldn’t have done it without all of you!

It’s finally here!!! Our new record “Tales from Wyoming” is officially out now on Rise Records! Pick that shit up on iTunes, interpunk or at merch now!!!

Friends! We are beyond excited to announce our new full length Freak Out! The record comes out in July on Fat Wreck Chords and we can’t wait for everyone to hear it! These songs are some of our favorites we’ve ever done. We recorded it at the Blasting Room with our long time friend and engineer Andrew Berlin and we’re stoked on how everything turned out. It’s been over 10 years since Teenage Bottlerocket began and a lot of amazing things have happened since then. We are so grateful to everyone who has helped make our life so awesome and we hope you enjoy the record as much as we enjoyed making it!! The record comes out July 3rd on Fat Wreck Chords and you can check out details at Fat Wreck! We’ve also announced some tour dates and have a bunch more coming, so stay tuned!

Friends! We’re very excited to bring you an exclusive premiere of Mutilate Me, the title track from our upcoming 7inch on Fat Wreck Chords!! Our friends at Alternative Press are hosting the tune here.

We also have new tour dates posted here including a couple acoustic shows as well as new dates in Italy, France and Canada! Mutilate Me is out April 12thhttp://www.fatwreck.com/ Stoked!

Hey everyone!! We’re excited to announce we have a new 7″ coming out in April on Fat Wreck Chords!! We’ve titled the 3 song 7″ Mutilate Meand it comes out on April 12th 2011, just in time for the NOFX/Teenage Bottlerocket/Old Man Markley European tour!! Check out the cover art and tracklisting at http://www.fatwreck.com/record/detail/248 Here’s what Ray had to say about the 7″:

We named the 3 song 7″ after the title track “Mutilate Me.” It’s a song about preferring things a little rough in the bedroom. The second song “Punk House of Horror” is a warning about a house you wouldnâ€™t want to visit or sleepover. While being on the road we’ve been unfortunate enough to end up at the Punk House of Horror a few times. It smelled. We recorded the final track for the Bad Religion tribute comp, but we ended up not making the cut. The tune is “Henchman” from No Control. We are heading over to Europe in April with NOFX and Old Man Markley. We are playing with Screeching Weasel on May 27th at Reggie’s in Chicago. We can’t wait to play, and hang out with everybody!

Keep checking back for more dates and other upcoming news!!

UPDATE: Our good friends at Redscare Industries are re-releasing our first full length ‘Another Way’ on cd for the first time!! The cd also includes our first 2 7″s, both of which are now out of print. The cd will be available March 15th, check it out http://www.redscare.net/site/

We’ve also updated our European tour dates, including a couple of headlining shows, as well as 2 shows in London with the Descendents!! Check them out on the tour dates page!!

Hey everyone!! We’re excited to announce some more shows coming up!! First up we have the American Skate Festival at Skatopia near Rutland, Ohio!! Other acts playing that festival include 7 Seconds, D.I., D.O.A., C.J. Ramone, Fishbone, Youth Brigade, GWAR and a whole lot of other great bands!! Check it out here: Skatopia

Once that wraps up we will be going on a west coast tour with our good friends and fellow labelmates Banner Pilot!! Check them out here: Banner Pilot
The dates can be found on our myspace page here: Myspace Stay tuned as we will be announcing some more dates soon!!

Also we had a great time at SXSW this year!! We would like to thank everyone at Fat Wreck Chords, the bands that played and anyone who came to the show for making it well worth our trip from Wyoming!! It was an awesome party! Anyone interested can read a review of our set here: SXSW TBR Review

Hey everyone! We have a lot of things going on right now! First, our new record “They Came From the Shadows” is out today on Fat Wreck Chords! We’ve also made a video for the first track off of that record, “Skate or Die!!” You can check out the video here! We shot the video over a weekend of good times in our hometown of Laramie Wyoming, hope you like it! Also we’ve uploaded an album of pictures from our recent trip to Japan, check those out here!! AOL Spinner is streaming the new record here!! We have a full US tour coming up next month with the Cobra Skulls!! That tour includes dates with Joey Cape, John Snodgrass, Head, Broadway Calls, Teen Idols, The Dead Milkmen and west coast dates with the Lawrence Arms!!! So check out the video, see some pics from Japan and come see us on the upcoming tour!!!
Stokage!
TBR

Hey Everyone! You can pre-order our new record “They Came From The Shadows” at fatwreck.com here http://www.fatwreck.com/store/detail/747

You can get a limited edition Teenage Bottlerocket t-shirt with your pre-order here http://www.fatwreck.com/store/merch/214

We have some more tour dates posted at our myspace as well. We look forward to hanging out with everyone soon.

Hey everyone, we are excited to present the first track off our upcoming album “They Came From The Shadows!” The track is titled “Skate Or Die” and is being premiered by Spin check it out here

“They Came From The Shadows” Comes out September 15th on Fat Wreck Chords!